Morning broke with disappointment – why had I blanked overnight? The weather was good and the spots I had cast to sound, so why had the 3 rods failed to register a carp making a mistake? For a while I stayed in my sleeping bag and watched a fierce orange globe rise turning night into day but still the indicators refused to budge and I became impatient. 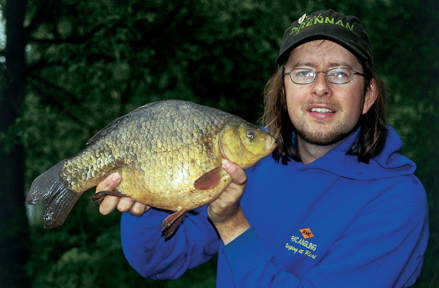 Angling is often claimed to be for people who have too much time on their hands but I’m always restless when I fish asking questions and constantly trying to catch. In my eyes it is not a passive sport, a good angler is a hunter first and foremost always trying to outwit his quarry so while laying on a bedchair in the morning sun was comfortable it wouldn’t help me in my quest. Stay and quite possibly blank or get up and make something of the day – as always I chose the latter.

I have already said I was happy where I had made camp the previous evening but that hadn’t stopped me formulating a back-up plan just in case. If the venue I fish is quiet or I’m not affecting anyone else I will always look to bait a second spot. Be it barbel or carp it never pays to put all your eggs in one basket and on this occasion I had introduced bait to 2 marginal spots. A combination of Sticky’s Manilla and Krill clusters had, I hoped, by now attracted attention and my first task of the day was to check these primed spots. 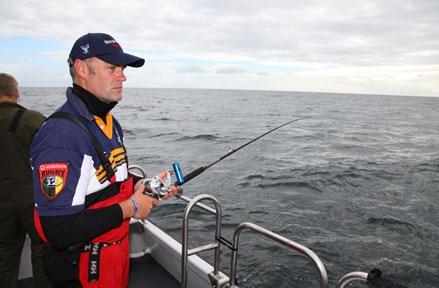 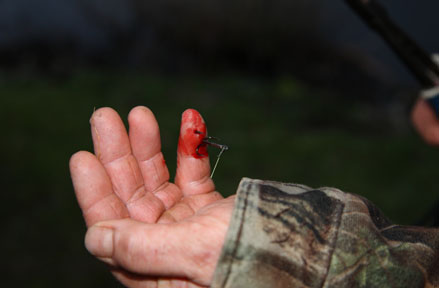 From a vantage point in a tree I could see that both no longer had any feed left on the gravel but what had eaten it? No carp were present so birds were a possibility. The only logical course of action was to top each margin up again with boilies and clusters and return in an hour to check once more.

My busy mindset was also reflected as the kettle boiled because despite not having a target in my sights I decided to organise the equipment I hoped I would need. Onto my heavy 25lb fluorocarbon I took a belt and braces approach placing a 2g olivette 6 feet behind the terminal tackle, semi-fixed between 2 pieces of silicon it offered a safe back lead which was then followed by 12 inches of 1.75mm ESP Anchor Rig tubing and an adjustable lead clip. 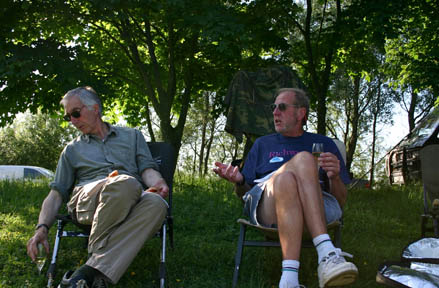 I was taking no chances with line management; everything would be pinned to the bottom. Carrying on this theme the hooklength was 20lb tungsten loaded, its semi stiff nature ensured the rig would reset should the worst happen and the hook be spat out. A size 5 gripper hook with a knotless knot hair and an acute angle created by shrink tubing completed the arrangement and I was ready to go.

Breakfast over with I strolled back down the track before climbing the tree and standing in the lap of an oak trunk. The glare was now strong but a combination of an elevated position, peaked cap and Polaroid glasses meant the bottom wasn’t obscured from me, in fact I could see every scale! Excitedly I observed 2 carp happily wagging their tails and enjoying my bait. One was a common, the other a heavily plated mirror with a golden belly and chocolate flank. Both were good fish and definitely worth pursuing so I left the tree as quietly as possible and returned for the tackle. Understandably I was back post haste but the question was how could I get my rig in the water without worrying the carp? Again I climbed and threw half a dozen boilies directly on top of the their heads. As they fell through the water column and brushed against them it was enough to cause the feeding to cease. Rising they sat for 20 seconds pondering the situation before slowly drifting into the snags to my right – this was my chance!

Quickly I was back on terra firma swinging the rig into position, the trap was set and after slackening off the clutch and laying the rod on the ground I once again stood in the tree to check that no damage had been done. For no more than a minute the swim remained vacant before filling again with the 2 carp. While I couldn’t see my bait on the bottom I could see the mirror’s mouth and if I had to guess it was now directly above it. 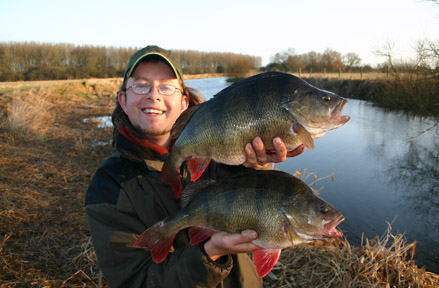 All movement suddenly stopped, a mistake had been made but was it the carp’s or mine? The answer came a second later as I saw its head lift shaking from side to side, the Gripper hook had found its anchor but for some strange reason I needed further confirmation. Looking down at the rod tip I waited for it to move which thankfully it duly did. The reel spool would spin next but I didn’t need to wait for this and leapt out of the tree. 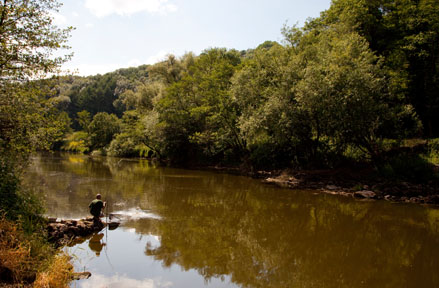 The battle was afoot and my biggest concern was the snags but the mirror showed no interest in them and decided to do its best in open water. Testing the tackle soon turned into oily swirls as a big tail brushed the surface. She was mine in less than 2 minutes and what a prize it was that sat inside the landing net mesh. 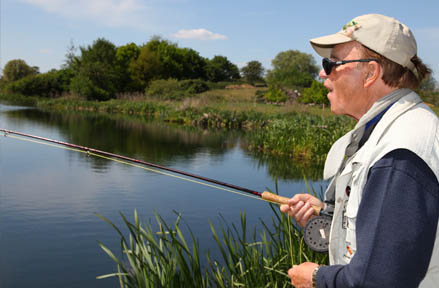 Nearly 37lbs of fish adorned with resplendent scales the size of my fist whilst the body appeared to be carved from walnut by the finest craftsman. Victory had been snatched from the jaws of defeat but would this now see me resting on my laurels? Anyone that knows me could answer that! I was on my way the swim number 2 where the tale was similar and the mirror even more exquisite. Only then did I decide to take a deep breath – in the long run effort always equals reward.

1. If there is room without interfering with another angler prime a second spot so you never run out of options.
2. Your eyes are more important than any bait or tackle – help them with a peaked cap and Polaroid glasses.
3. Line management is key whether you are fishing the margins or out in the lake – try to pin it to the bottom.
4. Over gravel use a hooklength material with a semi stiff nature as this will reset the rig if the carp gets away with it the first time.
5. The best anglers work hard and are hunters. There is nothing wrong in camping and taking what comes along, in fact sometimes I’m jealous of this mind-set but don’t be fooled into thinking that this is the best way to fish if you want to catch.